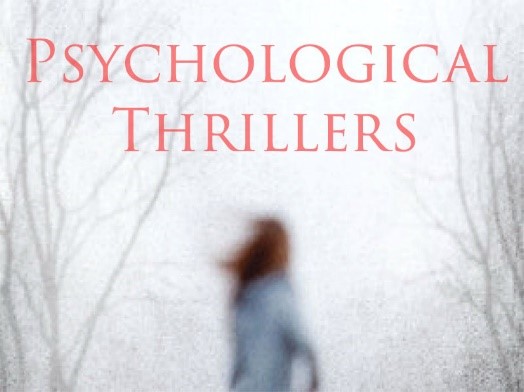 Required to complete a celebrity biography on her own after the suspicious death of her charismatic partner, agoraphobic ghost writer Em Moore struggles through the job’s required interviews with alluring film director Garrett Malcolm, who alludes to dark family secrets and trouble with a fellow star.

The Wife: a novel of psychological suspense / Alafair Burke

When Angela met Jason Powell while catering a dinner party in East Hampton, she assumed their romance would be a short-lived fling, like so many relationships between locals and summer visitors. To her surprise, Jason, a brilliant economics professor at NYU, had other plans, and they married the following summer. For Angela, the marriage turned out to be a chance to reboot her life. She and her son were finally able to move to where no one knew about her tragic past. Six years later, thanks to a bestselling book and a growing media career, Jason has become a cultural lightning rod, placing Angela near the spotlight she worked so carefully to avoid.

Vivian Miller is a dedicated CIA counterintelligence analyst assigned to uncover the leaders of Russian sleeper cells in the United States. On track for a much-needed promotion, she’s developed a system for identifying Russian agents, seemingly normal people living in plain sight. After accessing the computer of a potential Russian operative, Vivian stumbles on a secret dossier of deep-cover agents within America’s borders. A few clicks later, everything that matters to her–her job, her husband, even her four children–are threatened.

Martin Gilmour is an outsider. When he wins a scholarship to Burtonbury School, he doesn’t wear the right clothes or speak with the right kind of accent. But then he meets the dazzling, popular and wealthy Ben Fitzmaurice, and gains admission to an exclusive world. Soon Martin is enjoying tennis parties and Easter egg hunts at the Fitzmaurice family’s estate, as Ben becomes the brother he never had. But Martin has a secret. He knows something about Ben, something he will never tell. Would he?

Girl Before: a novel / JP Delaney

Seizing a unique opportunity to rent a one-of-a-kind house, a damaged young woman falls in love with the enigmatic architect who designed the residence, unaware that she is following in the footsteps of a doomed former tenant.

About a woman who must figure out if she’s losing her mind, or if her husband has really returned from the dead.

A menacing psychological thriller that starts out like Rear Window and then veers off into unexpected places. An agoraphobic recluse languishes in her New York City home, drinking wine and spying on her neighbors. One day she witnesses a crime that threatens to expose her secrets.
The Girl on the Train / Paula Hawkins

Obsessively watching a breakfasting couple every day to escape the pain of her losses, Rachel witnesses a shocking event that inextricably entangles her in the lives of strangers.

The Wife Between Us: a novel / Greer Hendricks & Sarah Pekkanen

The divorce has just become final, and Richard is already engaged to someone. One woman is determined to change that situation– no matter what it takes. Soon a tangle of lies binds her life with those of Richard and his new fiancé. A tangle of lies– that hide some dangerous truths.

The Dinner: a novel / Herman Koch

Meeting at an Amsterdam restaurant for dinner, two couples move from small talk to the wrenching shared challenge of their teenage sons’ act of violence that has triggered a police investigation and revealed the extent to which each family will go to protect those they love.

A Stranger in the House / Shari Lapena

Responding to a call she hoped she would never get, a woman braces herself for the worst in a bad part of town and wakes up with no memory of what happened at the same time the police and her husband accuse her of misconduct.

Everything You Want Me To Be: a novel / Mindy Mejia

Full of twists and turns about a year in the life of a dangerously mesmerizing young woman, during which a small town’s darkest secrets come to the forefront…and she inches closer and closer to her death.

After calling off her engagement in wake of a tragic revelation, Yko Moriguchi had nothing to live for except her only child, four-year-old Manami. Now, following an accident on the grounds of the middle school where she teaches, Yko has given up and tendered her resignation. But first she has one last lecture to deliver. She tells a story that upends everything her students ever thought they knew about two of their peers, and sets in motion a maniacal plot for revenge.

Trapped in a closed zoo after witnessing a life-shattering event, a woman and her 4-year-old son navigate the zoo’s hidden pathways and under-renovation exhibits to stay ahead of a dangerous adversary who tests their survival and the limits of the mother-child bond.

Behind He Eyes / Sarah Pinborough

Only two can keep a secret if one of them is dead. David and Adele seem like the ideal pair. He’s a successful psychiatrist, she is his picture-perfect wife who adores him. But why is he so controlling? And why is she keeping things hidden? As Louise, David’s new secretary, is drawn into their orbit, she uncovers more puzzling questions than answers. The only thing that is crystal clear is that something in this marriage is very, very wrong. But Louise can’t guess how wrong–and how far a person might go to protect their marriage’s secrets.

It has been ten years since Abby Williams left home and scrubbed away all evidence of her small town roots. Now working as an environmental lawyer in Chicago, she has a thriving career, a modern apartment, and her pick of meaningless one-night stands. But when a new case takes her back home to Barrens, Indiana, the life Abby painstakingly created begins to crack. Tasked with investigating Optimal Plastics, the town’s economic heart, she begins to find strange connections to a decade-old scandal involving the popular Kaycee Mitchell and her friends, just before Kaycee disappeared for good. But as Abby tries desperately to find out what happened to Kaycee, troubling memories begin to resurface and she begins to doubt her own observations. And when she unearths an even more disturbing secret, her search threatens the reputations, and lives, of the community and risks exposing a darkness that may consume her.

Paul Strom has the perfect life: a glittering career as an advertising executive, a beautiful wife, two healthy boys and a big house in a wealthy suburb. And he’s the perfect husband: breadwinner, protector, provider. That’s why he’s planned a romantic weekend for his wife, Mia, at their lake house, just the two of them. And he’s promised today will be the best day ever.

Emerging as the lone survivor of a serial killer’s massacre a decade earlier, Quincy Carpenter struggles to ignore traumatic memories and move on as one of a group of other survivors who look to her for answers when one of them is found dead in a suspicious suicide.

Her Every Fear / Peter Swanson

Growing up, Kate Priddy was always a bit neurotic, experiencing momentary bouts of anxiety that exploded into full blown panic attacks after an ex-boyfriend kidnapped her and nearly ended her life. When Corbin Dell, a distant cousin in Boston, suggests the two temporarily swap apartments, Kate, an art student in London, agrees, hoping that time away in a new place will help her overcome the recent wreckage of her life. But soon after her arrival at Corbin’s grand apartment on Beacon Hill, Kate makes a shocking discovery: his next-door neighbor, a young woman named Audrey Marshall, has been murdered.

How Will I Know You?: a novel / Jessica Treadway

A page-turner about the murder of a teenage girl. On a cold December day in northern upstate New York, the body of high school senior Joy Enright is discovered in the woods at the edge of a pond. She had been presumed drowned, but an autopsy shows that she was, in fact, strangled. As the investigation unfolds, four characters tell the story from widely divergent perspectives: Susanne, Joy’s mother and a professor at the local art college; Martin, a black graduate student suspected of the murder; Harper, Joy’s best friend and a potential eyewitness; and Tom, a rescue diver and son-in-law of the town’s police chief. As a web of small-town secrets comes to light, a dramatic conclusion reveals the truth about Joy’s death.

Without her husband’s knowledge, Christine, whose memory is damaged by a long-ago accident, is treated by a neurologist who helps her to remember her former self through journal entries until inconsistencies begin to emerge, raising disturbing questions. 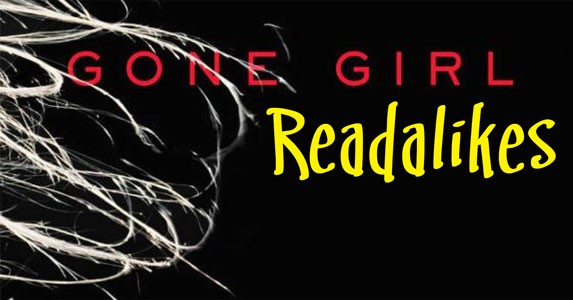 Become a friend of the East Islip Public Library

What are you reading? The East Islip Public Library's Blog

"Then and Now": A Detailed Chronicle of the Library's Rich Past